is back-ordered. We will ship it separately in 10 to 15 days.

The Taifun GX is a rebuildable top deck atomizer featuring a flavour-focused interchangeable air flow system, easy-build coil winding deck, and includes SS liquid feeder cables to quickly deliver liquid to the deck down to every last drop in your tank! Can also wick with cotton (only recommended for 2mL version) or SS mesh rolls. 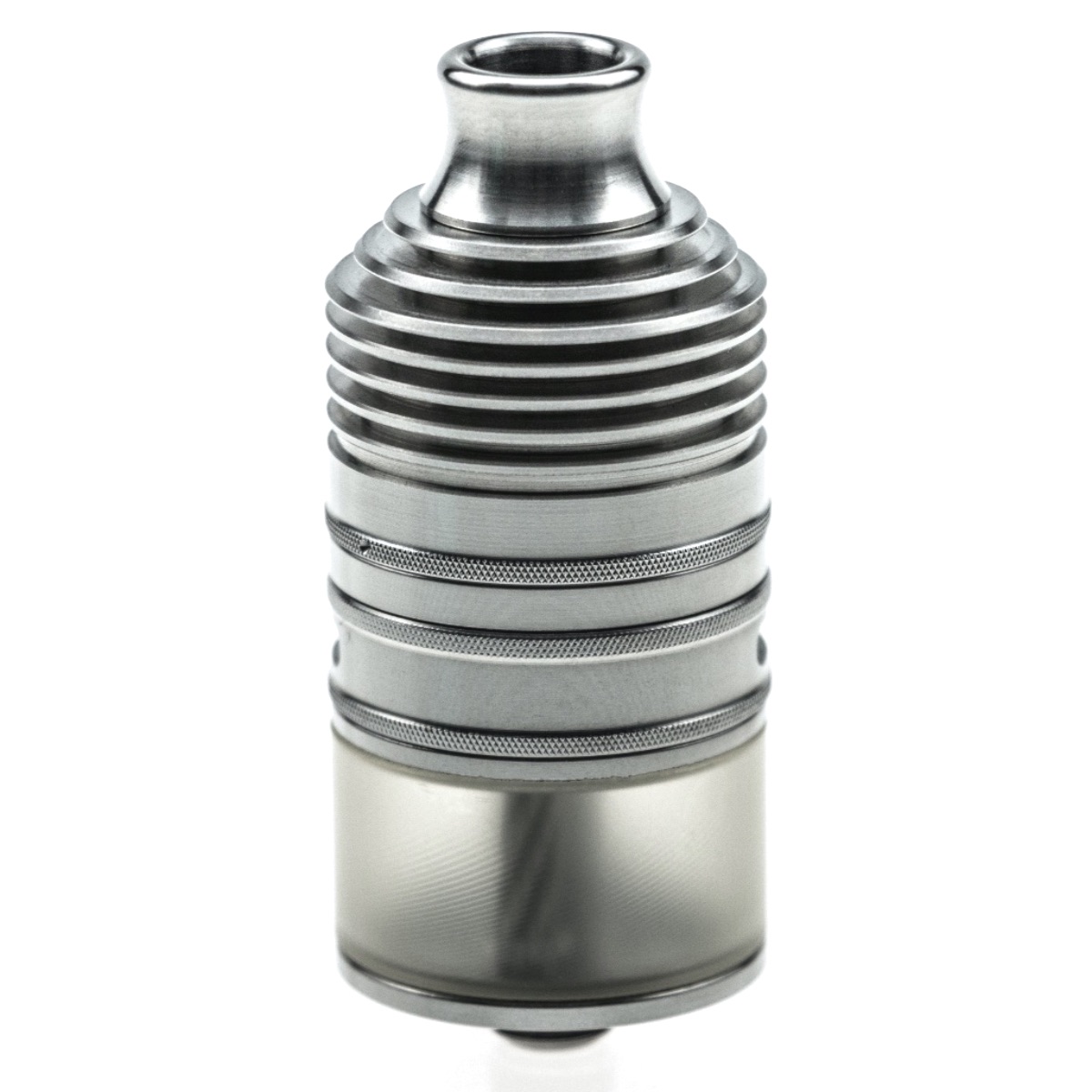 The Taifun GX is the first top-deck atomizer design of the Taifun in-house genealogy, allowing for the best flavour possible, performing like the Taifun BTD, but with the capacity of a tank. Designed for variable use, the possibilities for vapers with regards to individualization and adaptation to their own requirements is now possible. 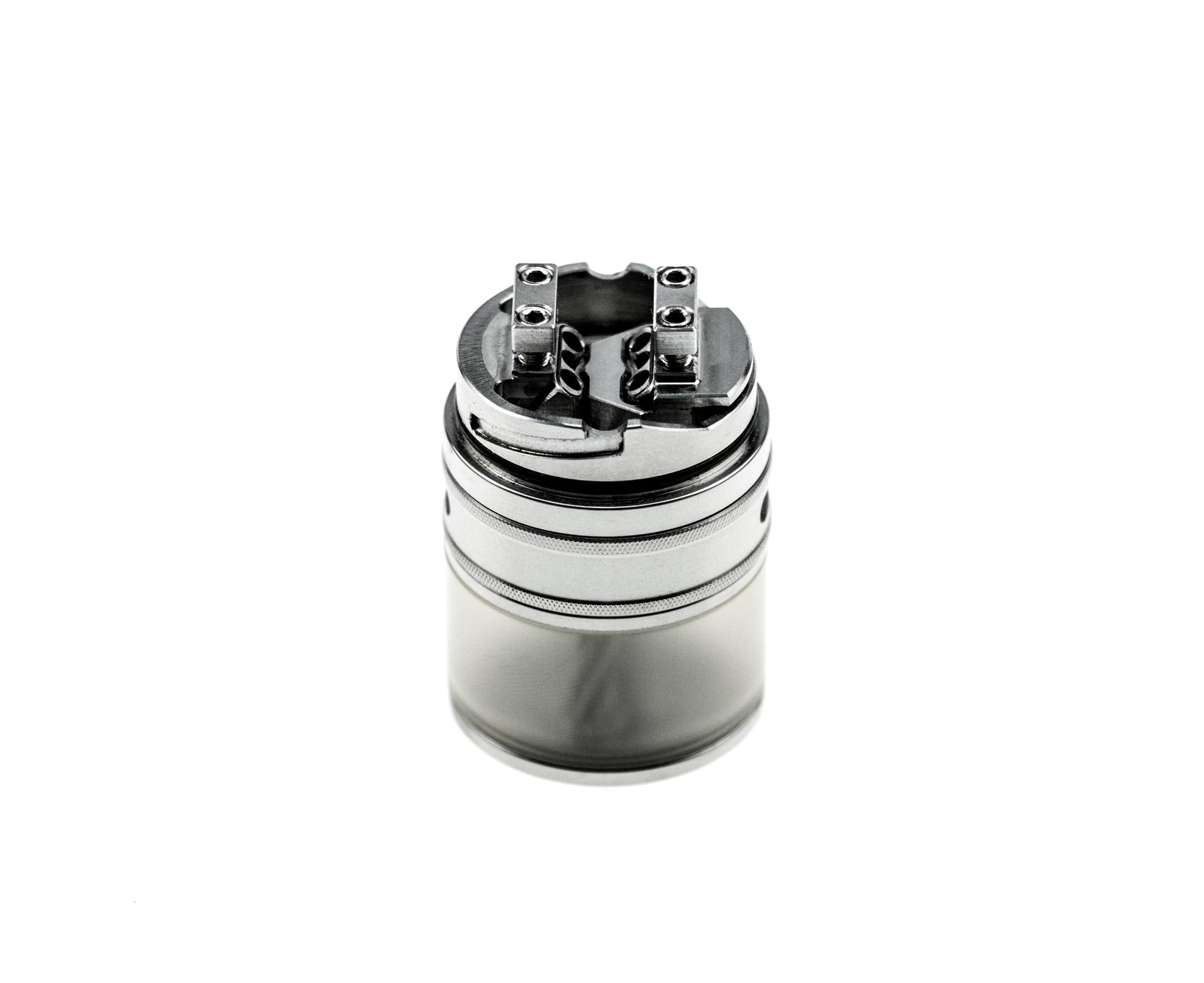 The Taifun GX features a modular structure that allows the build deck to be removed from the lower tank and airflow section to allow easy user access to the wicks and the changeable air disks. 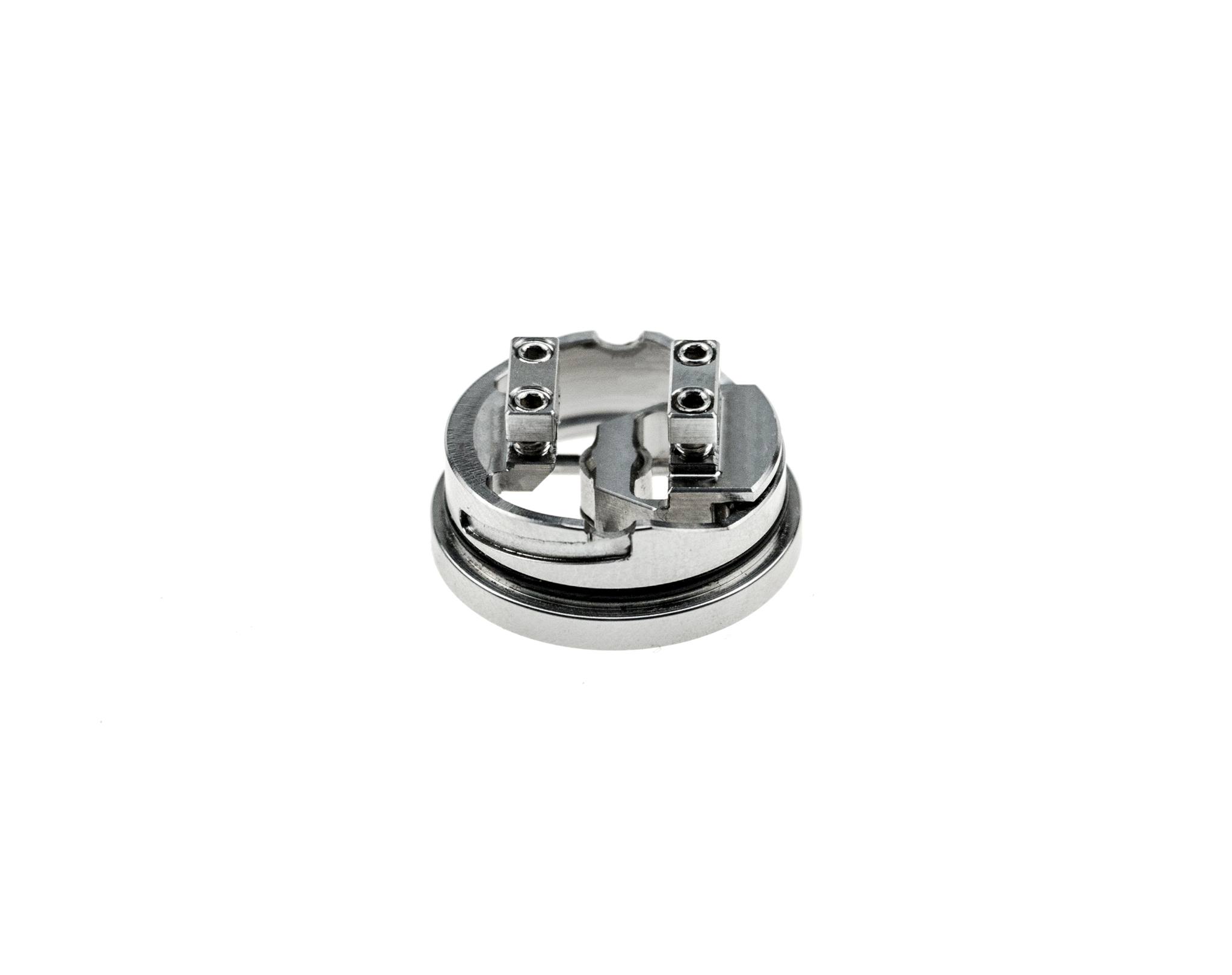 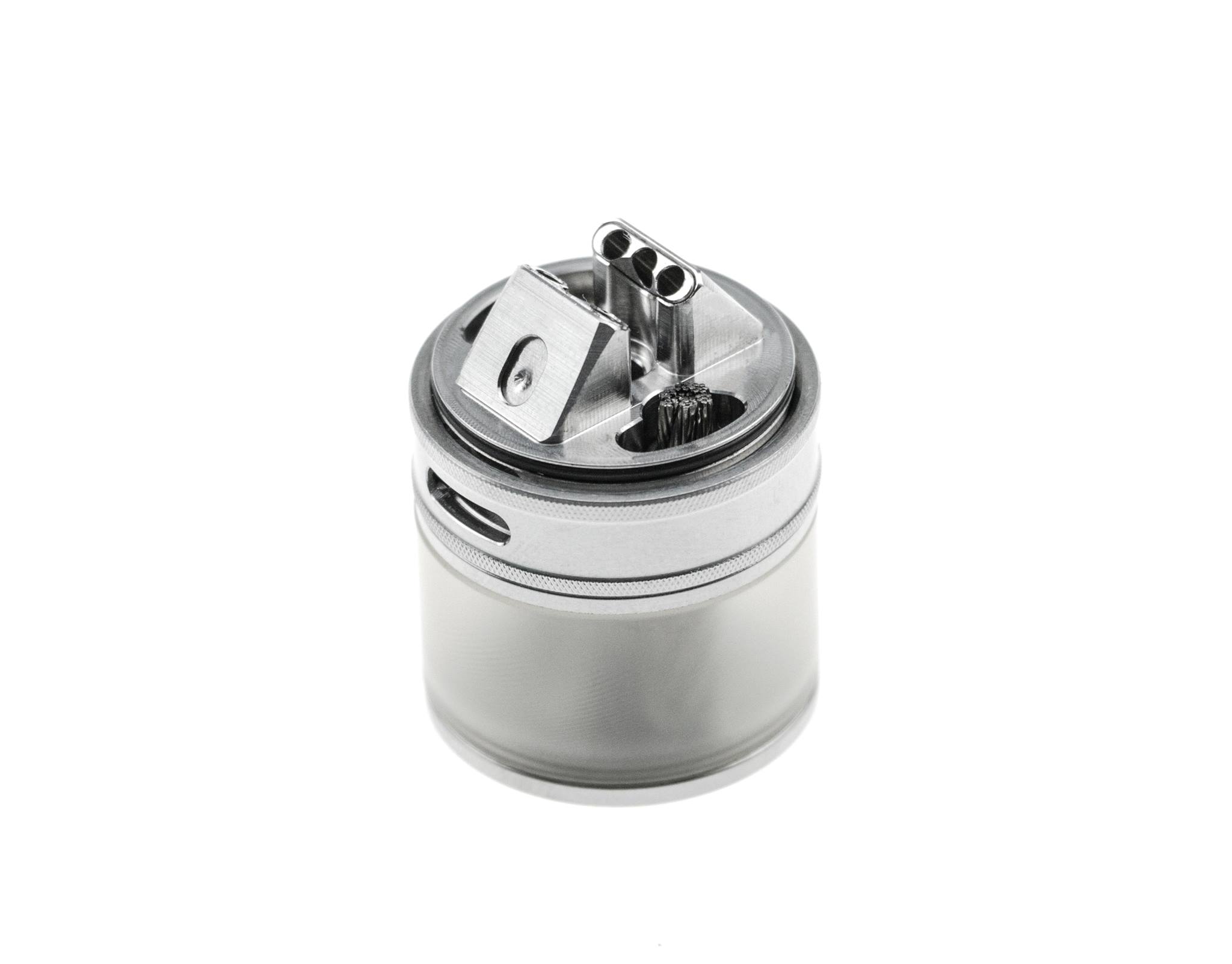 The Taifun GX is designed so that customers do not need to adjust to an atomizer. Rather, the atomizer can be adjusted to fit the user. The basic principle is that the Taifun GX cannot be narrowly defined or categorized as a "MTL", "RDL", or "DL" type of vaping experience. Rather, an interchangeable Air Flow Disk system allows users to modify the airflow as required, making the Taifun GX a truly versatile atomizer to fit a wide range of vapers. The only thing that the Taifun GX can NOT do, is high wattage, high airflow vaping, nor does it want to be.

Air flow of the Taifun GX is primarily adjusted with the internal Air Disks. External air flow can be adjusted via the MF ring, closing down as far as 1/4 of the air intake slot.

Air Disk options are as follows: 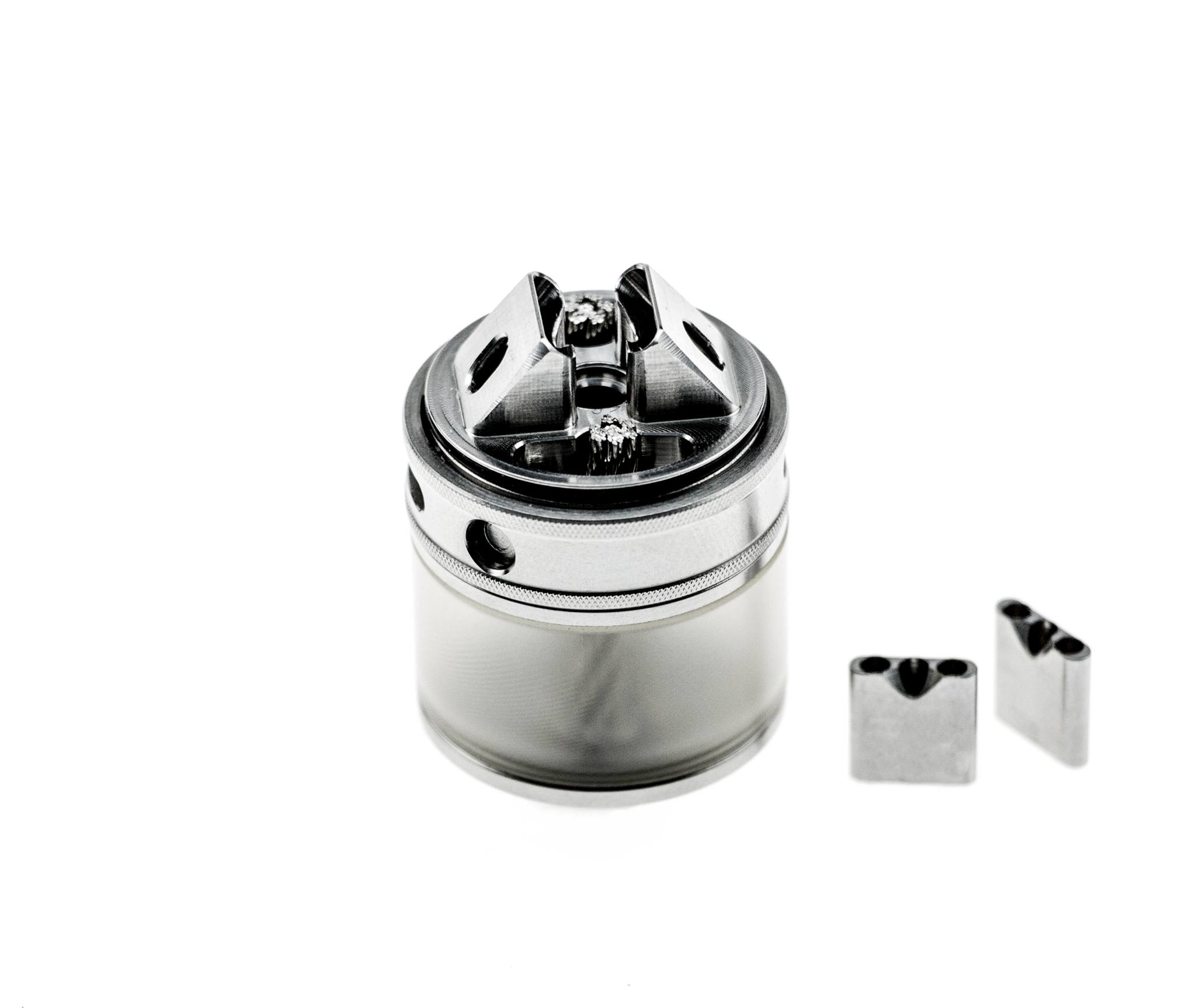 Featuring the bayonet lock as previously introduced with the top fill cap of the Taifun GTR, this design prevents accidental removal of the top cap. 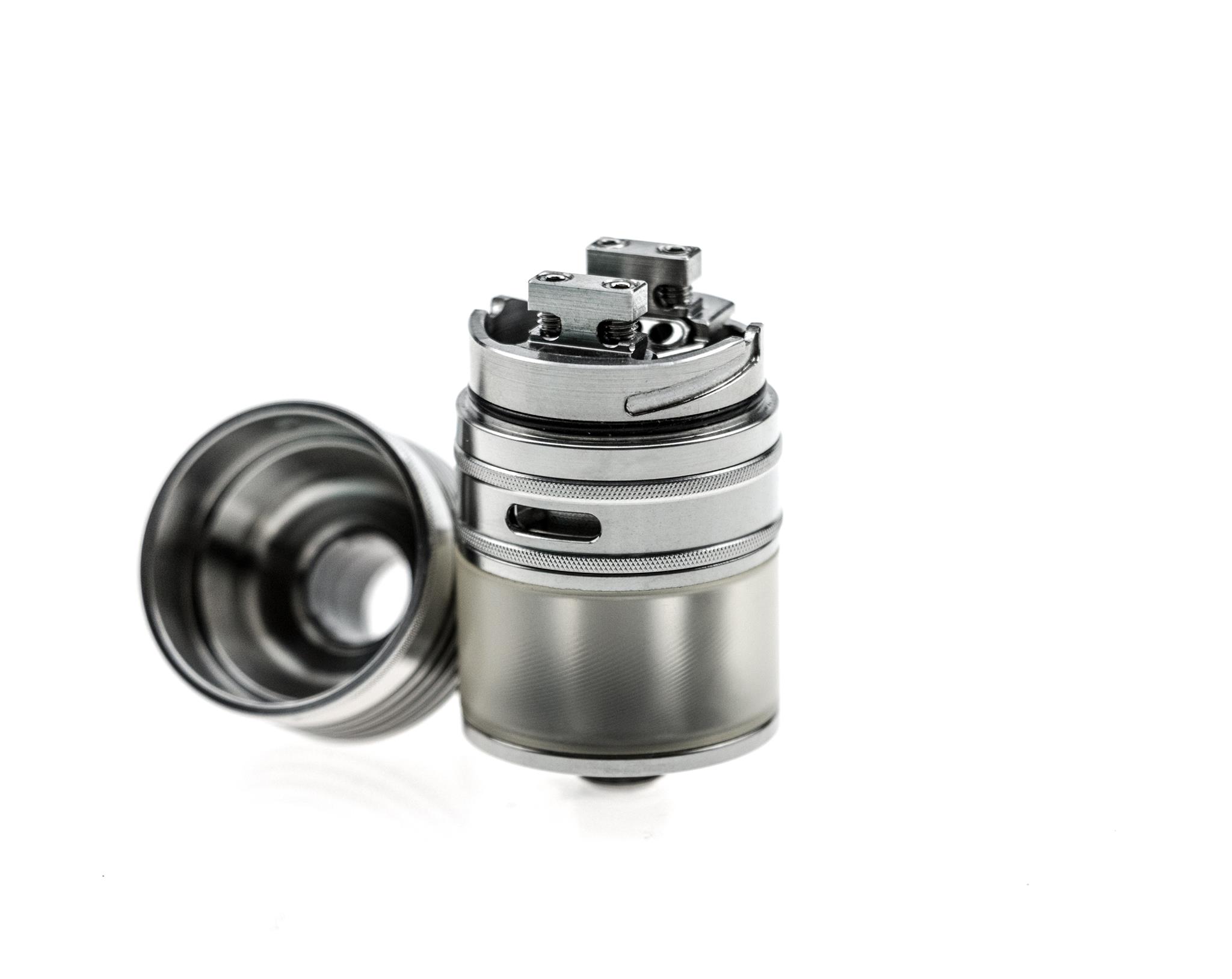 A multi-function (MF) ring is integrated in to the Taifun GX, allowing users to adjust the atomizer for various usage modes, and snaps into place with a satisfying click so the user has security in the mode it is set to. The modes available are: 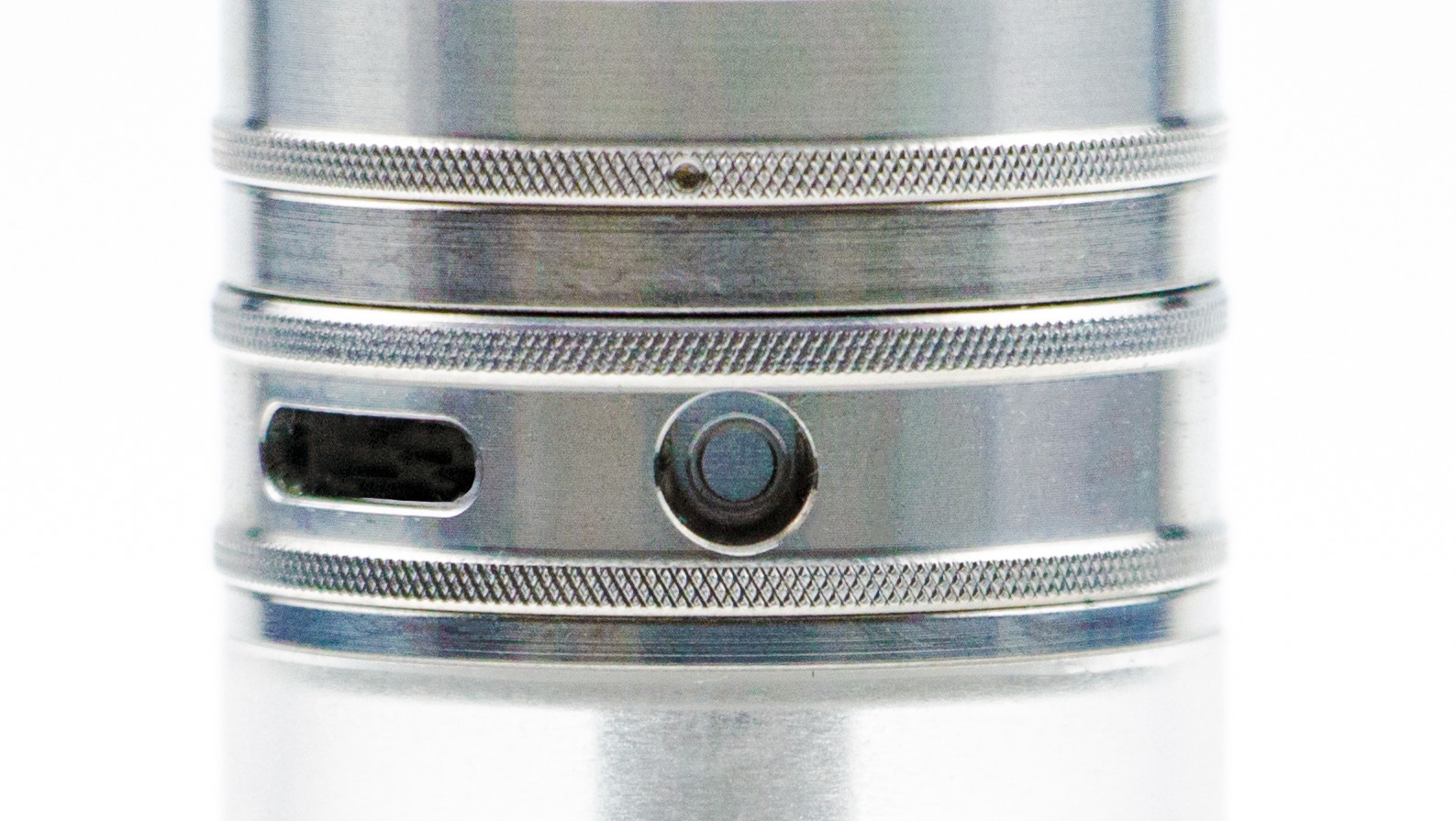 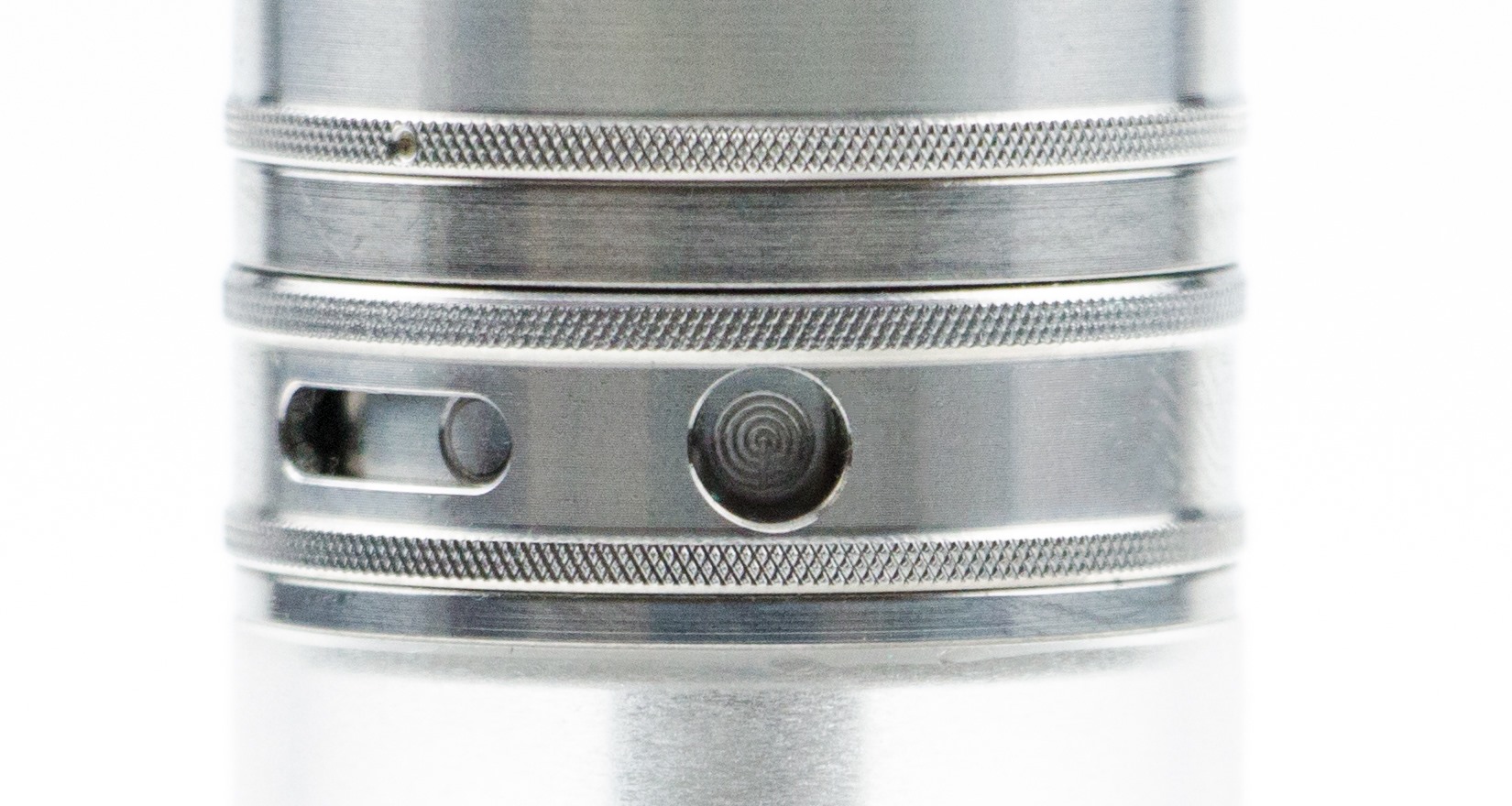 Air flow is closed, and liquid flow is sealed. The tank is effectively sealed when in this mode, and is ideal for transporting the atomizer to prevent any liquid leakage. 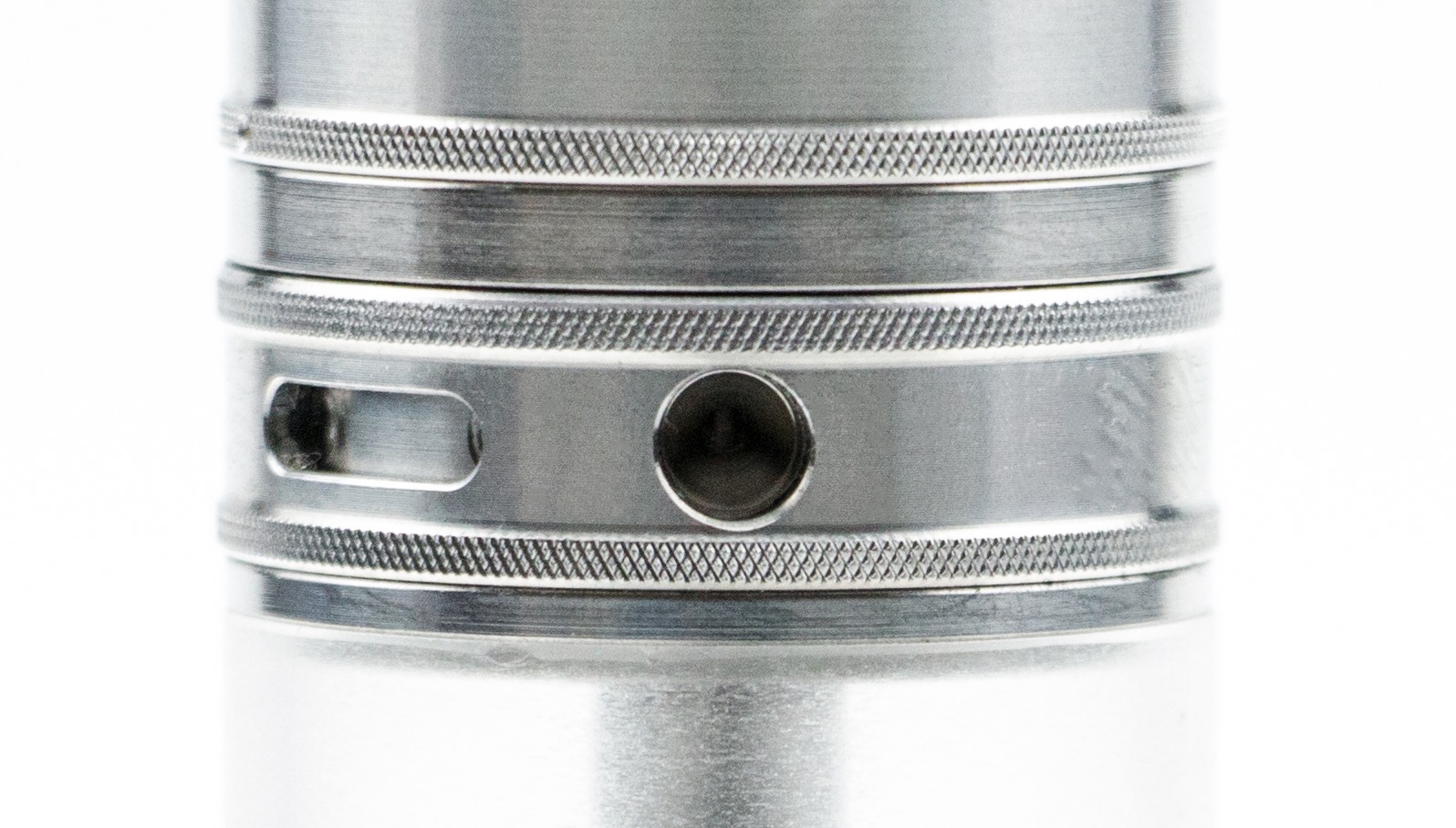 In this position, the Taifun GX can be easily and quickly filled from the outside, without the need to remove the top cap. An alternative base with a larger fill hole will be available for separate purchase, and is ideal for maximum VG users. 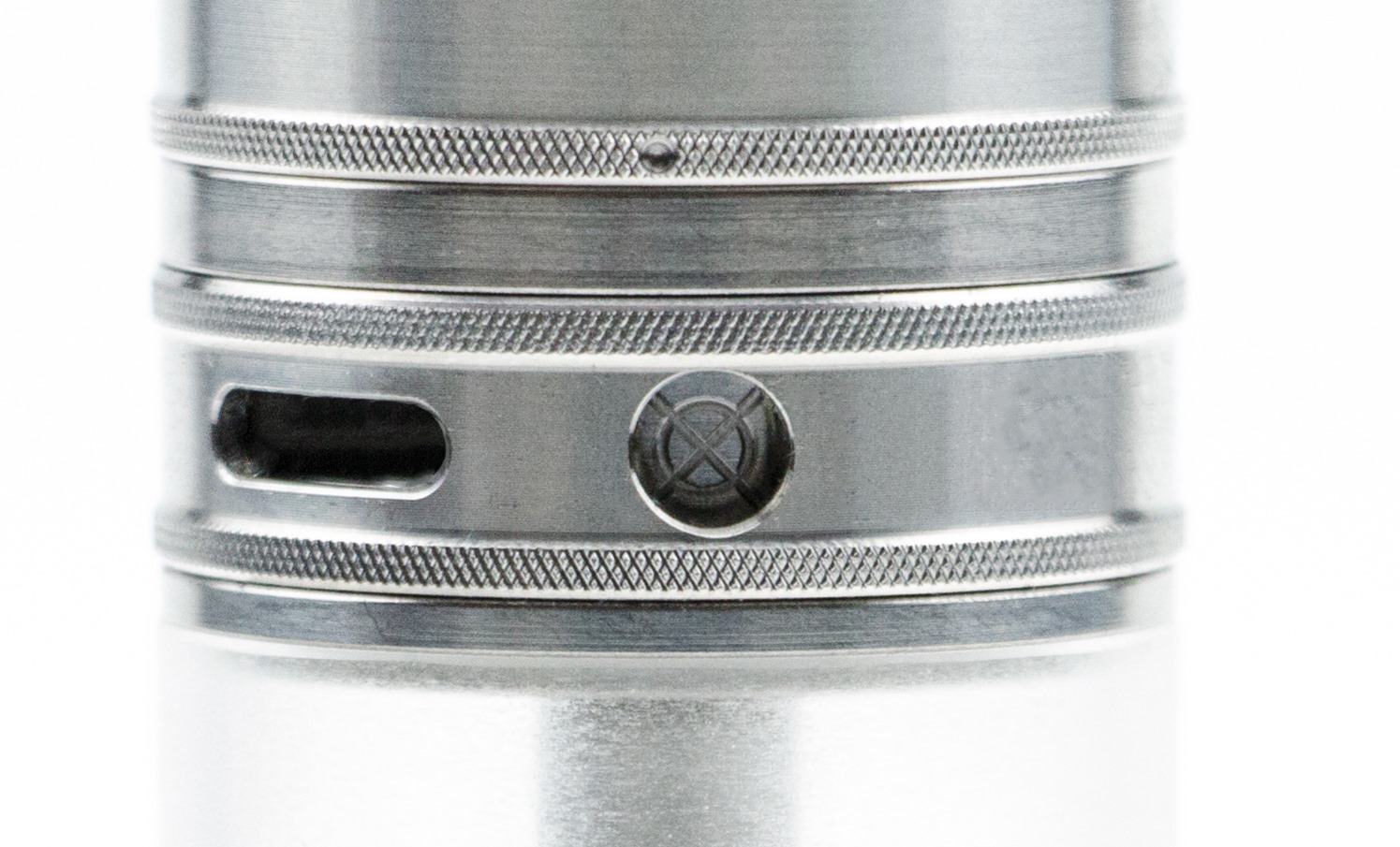 In this mode, the air flow is open, but the ventilation to the e-liquid reservoir is closed. Liquid now exclusively travels along the SS feeder cables via capillary action, and reservoir air resupply is choked. This prevents over saturation of the cotton wick when using higher PG liquids, as negative pressure vacuum is higher in the chamber when vaping with more restricted air flow.

The wide bore drip tip included with the Taifun GX is a short yet ergonomic stainless steel drip tip sleeved over a POM core, very similar in style to the drip tips that were released with the Taifun BTD, but this version features a mixed material design for a full SS look while minimizing heat transfer to the user's lips. This friction-fit drip tip design eliminates the need for o-rings, which allows for a larger 8mm inner bore for greater air flow delivery. 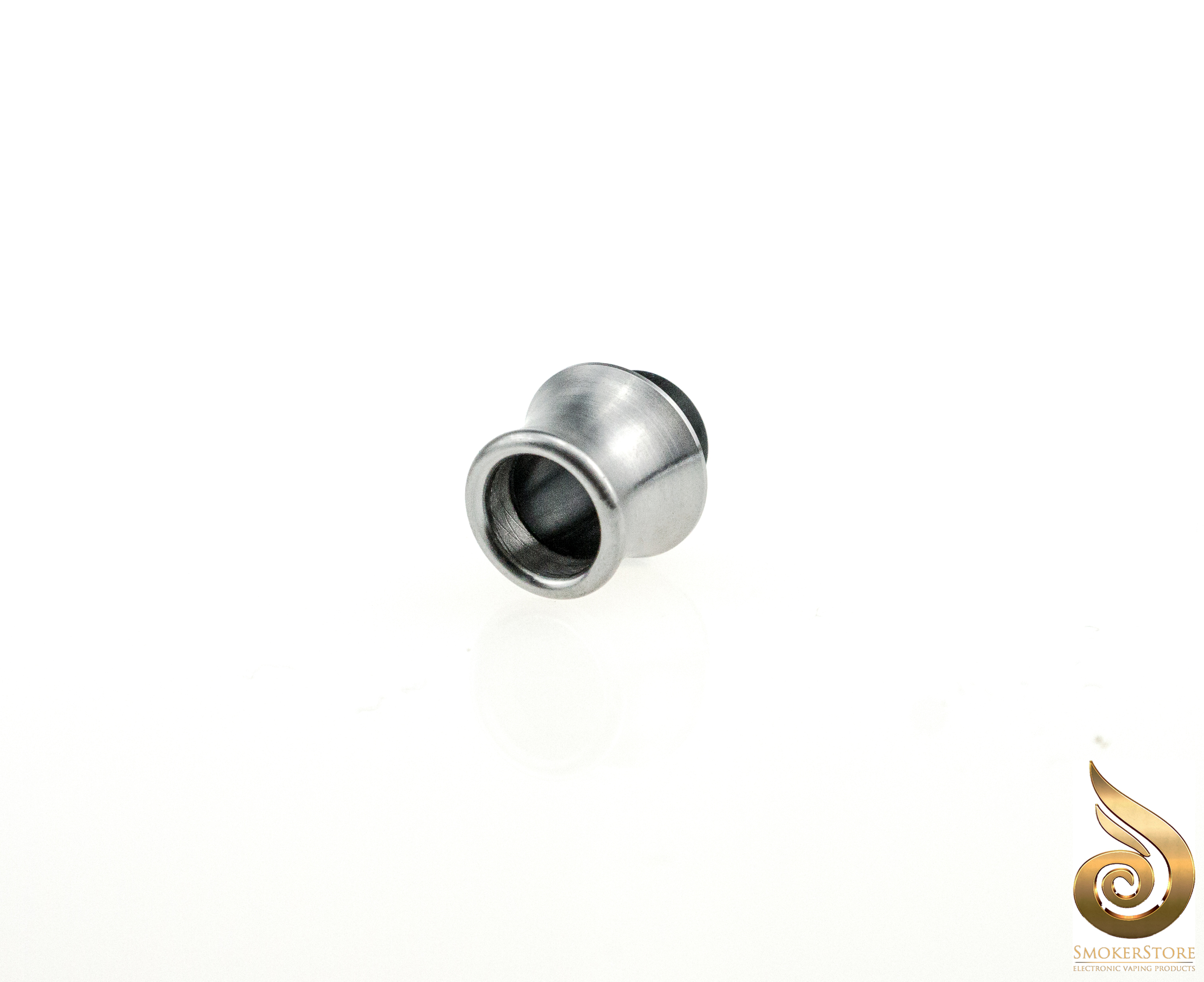